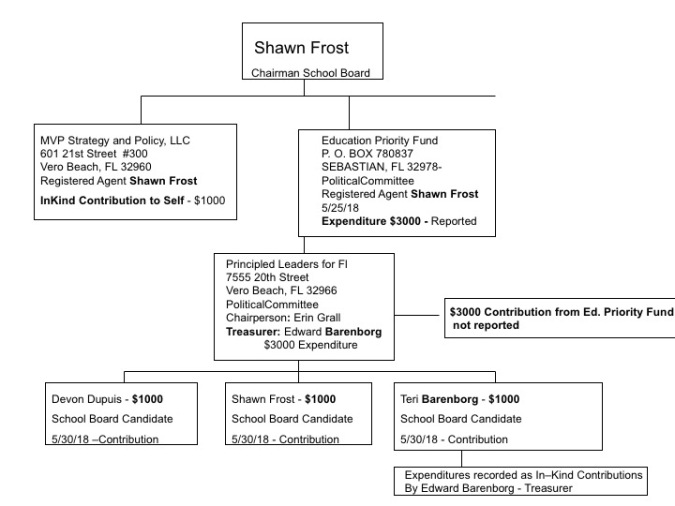 A Political Action Committee (PAC) is an organization that raises money privately to influence elections or legislation.  One PAC can contribute to another PAC.  That’s what’s been happening in the School Board race for the School District of Indian River County (SDIRC).

As you can see from the above flow chart we “followed the money.”

” …too many communities have school boards populated by far left liberal school board members because elections are non-partisan and the left has targeted the indoctrination of our children as its long range mission for years without being challenged. We MUST support the right candidates who will fight for parents to remain the primary decision makers. Education Priority Fund (EPF) screens school board candidates and supports those who we believe are principled conservatives and bold reformers who will fight for parents to decide and focus on students ability to succeed in scholastic and vocational pursuits.

Principled Leaders for Florida is a PAC owned by State Representative Erin Grall with the same mailing address as: http://www.eringrall.com

​Purpose and Mission: The mission of Principled Leaders For Florida PC, a statewide political committee, is to support and discuss candidates for statewide, multi-county, legislative, county or municipal office in Florida. 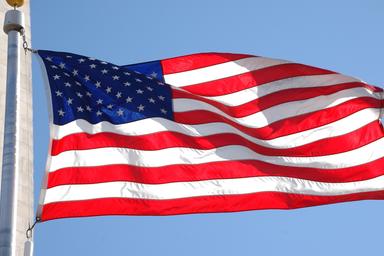 You can confirm these donations at this site:

But Principled Leaders for Florida never reported the $ 3,000 received from the Education Priority Fund.

Then when page loads go to the bottom of the page to the “Select Detail Type” menu put in Contributions “all dates” and click on Submit Query.

Note: no sign of the $3,000 from Education Priority Fund

The way the PAC’s get around the $1,000 donation cap is through third parties. So, for example, Education Priority Fund gives money to Principled Leaders, Campaign for Better Schools and another organization. Each organization then makes a $1,000 donation to the candidate’s campaign. Each is listed as separate contribution, and the candidate gets $4,000.  It’s legal because technically the money did not come directly from the same place.

Legality and ethics are definitely not one and the same. Frost paid his own campaign $1,000 directly, then $1,000 from Principled Leaders. Then, the PAC could give money to his company, MVP Strategists, who could give another $1,000 and so on.  You can do this over and over and over as long as you have enough organizations in the mix, or you own them all. You can also do it through private entities -the PAC gives money to a person, who then donates to the campaign.

This is how politicians all get around campaign finance laws.

In conclusion, according to http://lwveducation.com/splinters-in-florida-school-boards-have-sharp-points/ “Shawn Frost, Indian River County, is a founding member of FCSBM and has additional ties to Erika Donalds through the Classical Charter Schools. Also, in 2014 Frost received $20,000 in campaign contributions from American Federation of Children run by Betsy DeVos. 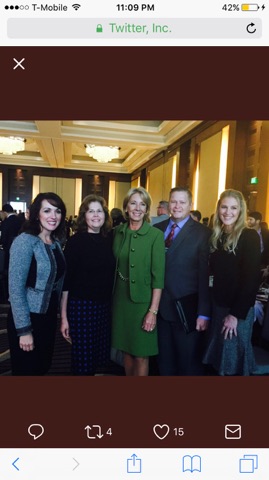 He unseated the FSBA president. https://www.bizapedia.com/people/shawn-frost.html One of these is listed as the Indian River County Leasing Corporation. He is associated with at least 13 businesses, several inactive, and resides in Vero Beach.

Please click here to access Mr. Frost’s business interests.  He has been Chairman of the Board of the School District of Indian River County (public schools) but advocates Charter Schools and has businesses to do so.

One unnamed candidate told us:  “If I’m going have to compete with PAC’s, then I’m out.”

One thought on “PAC’s are Beginning to Influence the School Board Election in Indian River County, FL.”