The Three Corners at Indian River Boulevard and 17th Street consist of 1) a non-operational power station, which will eventually be demolished,

2) a wastewater treatment plant across from the Alma Lee Loy 17th Street Bridge,

3) and a former postal property.

These three properties are referred to as the “Three Corners.”

From the Official City of Vero Beach Web Site: Posted on October 16, 2019

Steering Committee for the Three Corners 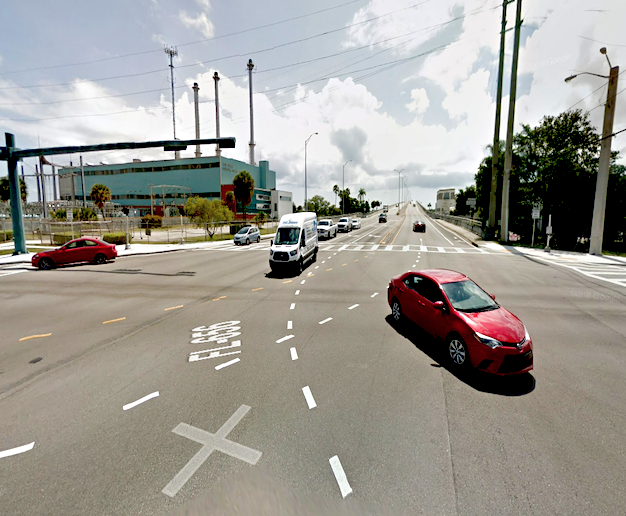 The City of Vero Beach is accepting applications for anyone that would like to sit on the Steering Committee for the Three Corners Planning & Design Process.  Applications can be found on line using the link below or feel free to pick up an application in the City Clerk’s Office.

VERO BEACH, Fla., Nov. 8, 2019 /PRNewswire/ — The City of Vero Beach today announced the kick-off of an intensive design Charrette and online community outreach initiative led by DPZ CoDESIGN to take place at 3:00 p.m. on Tuesday, November 19 at City Hall, located at 1053 20th Place and culminating in a week-long public Charrette process from  January 27 – 31 at The Vero Beach Community Center.

The Charrette involves extensive community outreach efforts to encourage participation from the community in the creation and evaluation of alternative development scenarios for the three city-owned properties located at the base of the Alma Lee Loy (17th Street) Bridge, also known as Three Corners.  The three parcels, encompassing 38 acres, are currently occupied by the old power plant, the former postal annex and the water and sewer treatment plant.

Why then, does the weekly magazine 32963 and related website http://www.veronews.com continue to refer to the Three Corners as Centennial Place?

Because on New Years 2019 http://www.veronews.com conducted a “Name the Property Contest.”  Their goal was to come up with a “classy” name.

They indicated “Our secondary objective was to head off the Press Journal’s insistence on referring to the property as “Three Corners” – a name that is arguably even more stupid than the idiotic sobriquet ‘Twin Pairs.'”

During the months of January and February, 2019 local residents responded with several hundred possible names.

“My gut told me Centennial Place is clichéd. So I took to Google. I quickly found places with the same name:

The top three that came up: apartments in Atlanta and student housing at Georgia Southern University in Statesboro and the University of Memphis.”

http://www.veronews.com wrote that the name “’Centennial Place’ was first submitted to our contest email box by [name], who discovered Vero in 1972 and has been a full-time resident of The Moorings since 2009.”

[The eventual name for the Three Corners properties would require a vote of City residents as per the Vero Beach Charter.]

The Moorings is in Vero Beach, but not within the Vero Beach City limits.  That vote doesn’t count.

How many of the other 89 people who voted live within the 32963 zip code, such as in Indian River Shores, who are not with in the Vero Beach City limits, think their vote counts.

Please refer to the above map highlighting in purple Vero Beach City limits, which does not include Indian River Shores, Orchid and South Beach.

The three properties at the corners won’t be fully developed for years.  Initial plans for development are just beginning,  Once developed, it won’t be a Centennial year.

Then what does the City do on the Sesquicentennial?

What about the Bicentennial 100 years from now?

We’ll all be dead but maybe in 100 years there won’t be an Alma Lee Loy (17th Street) bridge because it is in the way and the City will be celebrating new land from where the bridge connected with Indian River Boulevard.